At 13 years of age, Marius joined his first band, Gral, recording a few demo songs, playing a lot of festivals and concerts all over Romania and coming very close to a record contract. He left Thamyras to join Desperado, Romania’s best country and southern rock band, for a few months. He played a lot of concerts with Desperado, until he joined Headliner, a band that has motivated him more on the jazz front and turned him to the fusion-progressive style, one of his favorites at the moment. Conexiuni 1He continues to play in Headliner today, and the band, that also features Ovidiu Cristian, Desperado’s drummer, won the 2007 Grand Prize at the prestigious Sibiu Jazz Festival. 2009 is a year that brings Marius a new challenge, as he starts working with Smiley, Romania’s biggest pop artist. Marius has already played dozens of concerts with Smiley, all across Romania and other countries, in front of thousands of people and has appeared in Smiley’s videos, that are played in heavy rotation by all of the Romanian music TV stations. In April 2010, Marius wins 3rd place at the Ziua Chitarelor guitar contest. The jury included, among others, Greg Howe, Andy Timmons, Michael Angelo Batio, Brett Garsed and Richard Hallebeek. Marius’ first solo record is called First Step and was released in July 2010. Marius has worked with a lot of talented Romanian musicians on this record, reunited under the M Theory moniker. In 2011 Marius participates at Guitar Idol III in the final from London and wins the "Jaden Rose" award. Since 2012 he works as a producer at the biggest record label in Romania "Ha Ha Ha Production" 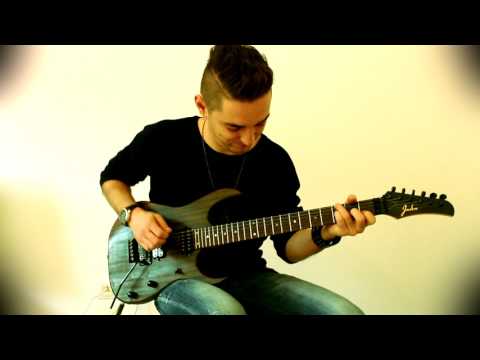 Overdosed with arpeggios
by Marius-Pop