Daddo Oreskovich was born in 1978 in Bihac, Bosnia and  Herzegovina. At the age of six, he began studying classical guitar and  piano.
Between 1992 and 1995, Daddo evolved musically as a guitarist by listening to records of Gary Moore, Richie Blackmore, Yngwie  Malmsteen, Paul Gilbert, Richie Kotzen and Reb Beach. Daddo then began  to merge his classical background with modern rock guitar expression.
When the war broke out in Bosnia, Daddo was determined to continue his  musical aspirations.With minimal life conditions, under the candle  light, he would spend most of his days in his basement, playing guitar  and writing music. After the war was over and after high school  graduation, Daddo attended the Music Academy in Sarajevo as a Music  Theory major, playing the piano since the Academy did not have a Guitar  Department at the time. In his second year of studies, he met some  friends from Boston and they encouraged him to apply to Berklee College  of Music and study electric guitar. After a tape audition, Daddo was  then invited to Paris for the Berklee College of Music Live Scholarship  Tour. In 1999, Daddo received a Berklee scholarship award letter, and in January of 2001 he moved to Boston.

While at Berklee, his musical mentors were: Joe Stump, David Fiuczynski, Mark White and Don Lappin. In addition to studying traditional subjects  (Harmony, Counterpoint, Arranging and Conducting), Daddo learned about  various musical styles in modern/popular music, music technology with a  specialization in Progressive and Neo-Classical Rock/Metal, as his main  guitar approach. He promptly graduated in 2004, with a degree in Guitar  Performance.

Daddo’s debut album The Other Side was released in 2008 by Guitar Nine Records, and this album was the crown of his accomplishment in 24  years of being a musician. This album features amazing guitar  performances, Symphonic arrangements and very vibrant melodic ideas.
One interesting fact is that Daddo recorded and produced this album in his  home studio
(“My Living Room Studio”), with minimal gear and technology, but with immense passion and diligent effort. This is a perfect example of creating a maximum result in minimal circumstances. This album was  numerous times Top Seller in Progressive Metal category on Guitar Nine Records website.

In 2008 Daddo won 1st runner-up prize on a national guitar competition “Guitar Superstar” hosted by Guitar Player magazine. On the sold out show, in front of over 1000 guitar fans, Daddo was the only award-winning electric guitar player. Among the judges were prominent guitarist Joe Satriani, George Lynch and Steve Vai. The show was hosted by Police guitarist Andy Summers.

Daddo is the 1st place winner of on-line guitar contest Premier Guitar Challenge hosted by Broadjam and Premier Guitar magazine. Daddo has been chosen among thousands of guitar players to be the top guitarist in the electric guitar category with  his instrumental The Temple.
Marcus Henderson, lead guitarist for the Guitar Hero video game series, served as the  artist judge for the contest. Judging was based on player's guitar  skills and originality, and unique use of tone and musical spaces.

"Great technique... Intonation was really good. I was impressed with all the  ground you're covering, and all the different sounds you had on there.  That was pretty impressive; you've pulled the two parts together;  Shredding, sweep picking, everything...Nice vibrato..."
Joe Satriani
Guitar Player Guitar Superstar 2008 competition


"...I like the transitions. You know, a lot of times you find the guys that  can't really play sweetly soft and also, you know, have the control when they pump up the volume. Very well, very well. Good control. I like  your confidence, communicating with the audience...Very cool,  congratulations."
Steve Vai
Guitar Player Guitar Superstar 2008 competition


"From Chicago by way of Bosnia, Daddo Oreskovich wins the near-capacity crowd with a fun, dynamic showcase, using foot pedals to shift from an  acoustic guitar sound to electric guitar squeals and speed. There's a  bit of the aggressive jazz-rock playing of early Al DiMeola, but Mr.  Easton doesn't mind this look back. He says, "I loved it."
Wall Street Journal


"Although Oreskovich was the only award-winner to plug into an amp, his  performance still had acoustic overtones, as he opened with a  piezo-driven, faux-flat-top section that paid homage to the folk  melodies of his native Bosnia. From there, he cagily interspersed  beautiful overdriven melodies with shred barrages."
Guitar Player magazine


"He's been my top student for quite awhile now and also one of the strongest  Rock/Metal players I've worked with during my ten year period on the  Berklee guitar faculty."
Joe Stump
Leviathan recording artist/Berklee College of Music guitar faculty 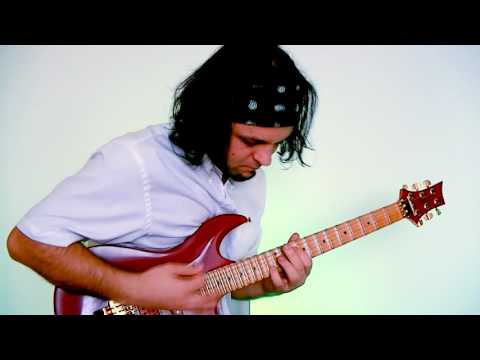 The Exit Point
by Daddo-Oreskovich 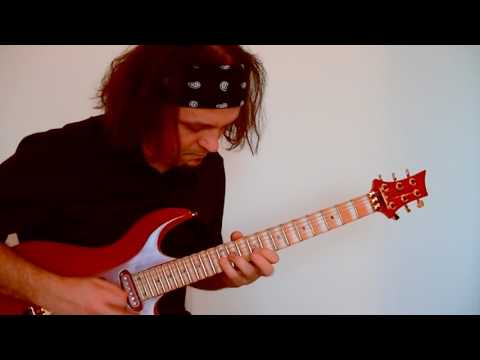 Vestibule of Light
by Daddo-Oreskovich 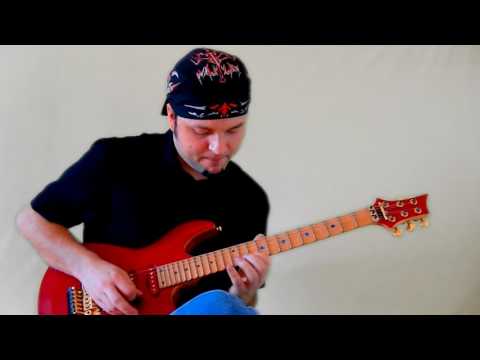